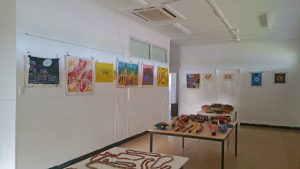 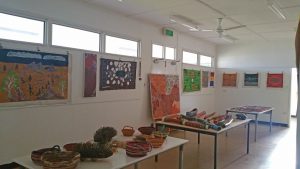 Waralungku Arts is an art gallery located in the town of Borroloola in the Northern Territory. It is an enterprise of Mabunji Aboriginal Resource Indigenous Corporation.

Waralungku represents several artists from the four different language groups of the region.  Yanyuwa, Garrawa, Marra and Gurdanji. Borroloola, is a small town of about 900 people located on the McArthur River, approximately 900kms east of Darwin.

The Yanyuwa and Marra are referred to as ‘saltwater people’ and are associated with the Sir Edward Pellew Islands and the lower reaches of the McArthur and Limmen Rivers. The Gundanji and Garrawa people are known as ‘mainland or freshwater people’ and are associated with land to the south and east of the present township of Borroloola. Gundanji lands include the site of the McArthur River Mine. Garrawa lands are near the Queensland border near Wollogorang Station and Robinson River.

Since opening in 2003, Waralungku Arts has had a strong focus on community cultural development and it now supports about 40 artists in a range of activities including visual arts and craft, cultural tourism, dance and musical performance.

Artists works have been described as different, new, and colourful and contemporary indigenous art, a reflection of two cultures.

Many of the artists have exhibited all over Australia in Darwin, Cairns, Sydney, Perth, Adelaide and Melbourne. In 2011 work has been exhibited in London. Each year it has had artists selected for the Telstra Art Award.

Waralungku is the place name for the Burketown crossing on the McArthur River, the crossing on the main road just outside of Borroloola is associated with the Hill Kangaroo Dreaming and an imprint of its feet, tail and hind quarters are located at this site. 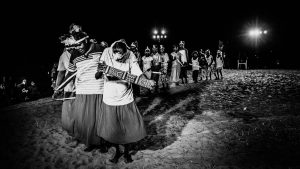 Formerly known as DanceSite, Malandarri Festival is a special community-based event that celebrates both traditional and contemporary arts and cultural practices from the four clan groups living in Borroloola – the Yanyuwa, Garrwa, Gurdanji and Mara people.

Through various workshops in the lead up to the event, Malandarri Festival provides the Borroloola community with a foundation for the necessary training and opportunities needed for it to grow into an independent, self-determined celebration. The artistic model developed for Malandarri Festival includes a wide range of artistic and cultural activities that can take place throughout the year in both Borroloola and Robinson River.