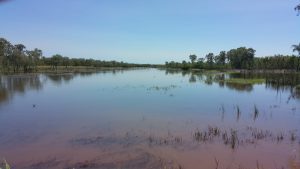 An outstation is a piece of land (big or small) belonging to indigenous people (most commonly family groups) and where they live.

Mabunji services 26 outstations, providing services such as transport, housing, water, power (electricity, solar). Mabunji is located in the main town of Borroloola and employs over 90 indigenous people on a Government funded scheme. The centre is also responsible for a lot of town based facilities.

The local Aboriginal Directors meet once a month and are the contact area for any decisions about the operation of the organisation, which covers some 600km of the Gulf Country and the Sir Edward Pellew Group of Islands. 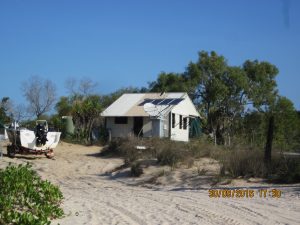 Homelands and outstations are small Aboriginal communities where residents live in order to fulfill their cultural obligations to their inherited country and its underlying traditional law.

They enable residents to live on, and maintain connections with their ancestral lands.

Homelands and outstations are distinguished from urban living areas or town camps, which have different opportunities and challenges.

They are also distinguished from major and minor remote communities, which are characterised by public housing and essential services assets owned and controlled by government, and the direct presence of formal local government services.

For a homeland/outstation to be eligible for funding it must meet a number of criteria.

These are explained below;